THE OFFICIAL AWARDS OF G2E ASIA

G2E Asia will sees its 14th anniversary in 2021, and is proud to celebrate the G2E Asia Awards at a ceremony recognizing excellence and innovation within Asian gaming while also acknowledging the success and outstanding contributions of the non-gaming aspects of the entertainment industry in Asia.

The G2E Asia Awards presents awards in a total of 12 categories and is judged by a large jury of expert peers from a wide variety of industry sectors.

THE WHO'S WHO OF THE ASIAN GAMING INDUSTRY

a night to remember

Learn more about the awards process. Make your own nomination for the G2E Asia Awards.

The who’s who of the Asian gaming industry. Who are they and how can you become one?

The dinner ceremony will be held at one of Macau’s most prestigious integrated resorts. Book now.

Who are the sponsors? What sponsorship opportunities remain? Promote your brand. 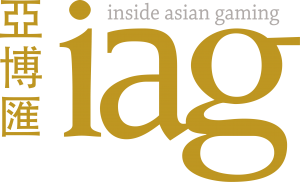 G2E Asia is the international gaming trade show and conference for the Asian gaming industry. Organized by the American Gaming Association (AGA) and Reed Exhibitions, G2E Asia made its debut in 2007, defining itself as the preeminent show for the Asian gaming-entertainment industry. Bringing together a wide range of industry sectors, it is held each May at the Venetian Macao.

Inside Asian Gaming is Asia’s premier B2B digital and print industry media brand for the leisure and gaming sector. Founded in 2005, IAG has a broad business editorial focus on the Asian gaming and integrated resort industry. It is widely distributed to industry executives throughout Macau and the rest of Asia in two formats: a monthly English and traditional Chinese fully bilingual digital and print magazine and a daily English language e-newsletter titled IAG Breakfast Briefing, delivered at 8am Macau time each weekday. IAGalso publishes special magazine editions for G2E Asia each May and the Asian Gaming Power 50 each November.

In May 2019, Inside Asian Gaming launched in Traditional Chinese, again in two formats: a monthly Chinese and English fully bilingual digital and print magazine and a Chinese language daily e-newsletter which is sent at 11am Macau time each weekday.

IAG is the Lead Media Partner for G2E Asia (held each May in Macau) and G2E Asia @ the Philippines, which held its inaugural event in December 2019 in Manila. We also publish G2E Asia Daily, the daily newspaper of G2E Asia, and co-organize the G2E Asia Awards with Reed Exhibitions.

IAG has produced a range of industry conferences and seminars such as the Cambodia International Gaming Conference on behalf of the Ministry of Economy and Finance and the Ministry of Interior of the Kingdom of Cambodia, sessions for the G2E Asia conference and the Macao Gaming Show conference, and the highly acclaimed “Strategy and Leadership for Personal and Business Success” seminar series.

IAG Consulting is IAG’s consulting business unit, which offers consulting and revenue support services for businesses exploring or operating in the Asian gaming and Integrated Resort industry. IAG Consulting also produces tailor-made training and education programs (and has been commissioned by Philippines regulator PAGCOR to do so) and organizes events on behalf of our clients, such as product launches, seminars and social events.